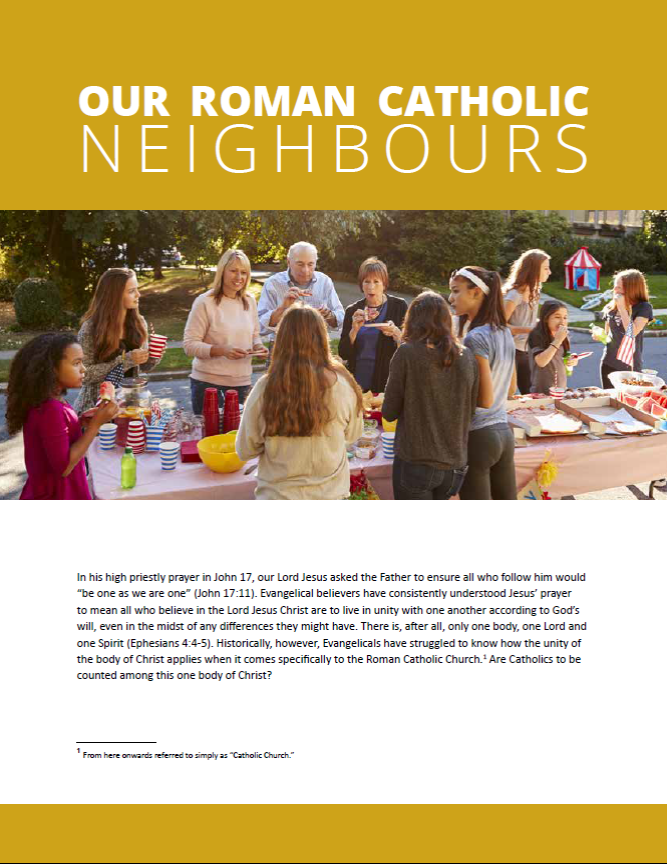 This EFC resource is intended as a means of helping more Canadian Evangelicals listen carefully and prayerfully to God and our neighbours, which brings us all into deeper fellowship as we follow Jesus in the world together. It is a sister resource to one created for Roman Catholics in 2016, called Our Evangelical Neighbours.

Both of these resources come from the Roman Catholic-Evangelical Dialogue established in 2011 by the Canadian Conference of Catholic Bishops and The Evangelical Fellowship of Canada. The Dialogue has supported the work of these two national bodies, especially as they collaborate in addressing societal issues.

Both resources were reviewed by the Roman Catholic-Evangelical Dialogue as well as the two sponsoring bodies. A letter written by The Most Reverend Lionel Gendron, P.S.S., Bishop of Saint-Jean-Longueuil, President of the Canadian Conference of Catholic Bishops, indicates that this EFC resource provides a further important milestone in the relationship between Roman Catholics and Evangelicals in Canada.