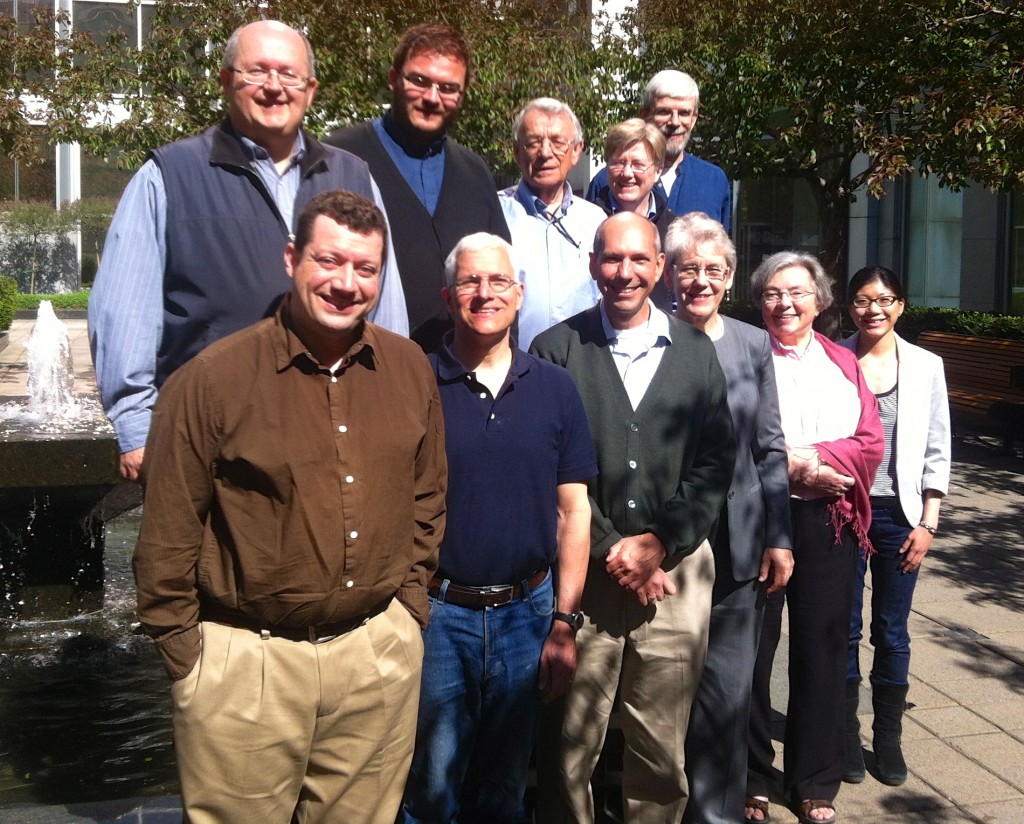 Canadian Roman Catholics have expressed the hope that the Anglican Church of Canada would seek input from its ecumenical partners as it continues discussion concerning a resolution to amend the church’s marriage canon to allow same-sex marriage.

Nicholls assured her Catholic counterparts that since the resolution states that action taken on the marriage canon must demonstrate “broad consultation,” this could be interpreted to include consultation with the church’s ecumenical partners, including the Roman Catholic Church, said Archdeacon Bruce Myers, General Synod co-ordinator for ecumenical and interfaith relations. who assisted the ARC meeting as staff. [On Jan. 6, the primate of the Anglican Church of Canada appointed Nicholls as a member of the commission on the marriage canon, which will conduct a broad consultation on the proposed change to the marriage canon.)

Catholic members stated that consultations were necessary since “any decision our church takes regarding our understanding of marriage will have implications for our relationships with other churches,” said Myers.

The resolution (C003) asks CoGS to prepare and present, in 2016, a motion to change the church’s Canon 21 on marriage “to allow the marriage of same-sex couples in the same ways as opposite-sex couples.” It also asks that the motion include “a conscience clause so that no members of the clergy, bishop, congregation or diocese should be constrained to participate in our authorize such marriages against the dictates of their conscience.”

At the meeting, Anglican and Catholic bishops also agreed that they could have issued a joint declaration about the controversial Charter of Values and the proposed end-of-life care legislation in Quebec. Quebec Anglican and Catholic bishops had issued separate statements about the issues and a joint declaration would have offered “an even stronger Christian witness,” said Myers. It also would have been a good opportunity to put into practice a 2006 international agreed statement between Roman Catholics and Anglicans that invited them both to “join together in making contributions to public life, giving voice to Christian perspectives on important social questions,” he added.

Before the ARCB meeting, the Anglican-Roman Catholic Dialogue of Canada (ARC) also met separately and continued its work on the “Common Witness Project.” The project came out of a common desire to help provide both churches with resources they can each use as tools for teaching and evangelization “and at the same time, witness to the immense agreement on matters of faith that Anglicans and Roman Catholics share,” said Myers.

Myers said the ARC is trying to produce a series of “short, accessible” reflections on “big questions” that people often ask, such as “Why is the world the way it is?” “What is my mission in life?” “Why believe?” and “Why pray?”

Historically, the Anglican Church of Canada’s dialogues with the Roman Catholic Church in Canada is its longest ecumenical conversation, said Myers. ARC first met in 1971, and the ARCB in 1975. “Through thick and thin, both churches have remained—and remain—committed to the dialogues,” he said.

Meetings always include common prayer, including a celebration of the eucharist, which alternates between Anglican and Roman Catholic rites. “Because intercommunion doesn’t yet exist between our two churches, dialogue members who can’t receive the eucharist from the celebrant come up to receive a blessing instead,” said Myers. Such celebrations remind them “just how much we have in common in terms of the way we worship and how we understand the sacraments,” he said. At the same time, it is a painful reminder of how they still can’t “gather together around the same eucharistic table to share in the sacrament of unity,” he added. Nonetheless, it offers both sides “an almost visceral impetus to continue our dialogue so that we can remove the remaining obstacles to full communion between our two churches, the outward and visible sign of which will be sharing in the one eucharist.”

The social time component of the meeting is equally “if not more, important,” said Myers. Personal relationships are built over a shared meal, a cup of coffee or a walk. “It’s in those encounters that caricatures and stereotypes really start to fall away and you really come to recognize the other as a fellow member of the body of Christ.”